It was one of the toughest decisions Alberta has ever taken, wrote Premier Rachel Notley.

Alberta — one of the largest oil and gas producers on earth — will cut oil production by 325,000 barrels per day or roughly 8.7 per cent, starting in January.

This was a big decision, but one firmly grounded in both history and economics. It affects not only Alberta’s economy and finances, but all of Canada’s.

While there will be pain for some, this restriction will likely result in economic benefit for industry, government and individuals. Given where we are today, it was a smart decision. As paradoxical as it sounds, producing less may help us earn more.

What happens to Alberta’s economy affects all Canadians. Therefore, we should each understand what has just happened, and why.

In Alberta, production restrictions of one form or another can be traced back to 1932, with the short-lived Turner Valley Conservation Board.

But the years following the Leduc No. 1 discovery in 1947 are most relevant.

Then, as now, growth in oil production grew beyond the available pipeline space and what local refineries could handle. In response, then Premier Ernest Manning’s government pursued legislation in 1949 to allow rationing that reflected constrained market demand.

And, in December 1950, the predecessor of today’s Alberta Energy Regulator did just that.

The system worked well at the time, and for many years after.

And since the challenge today is similar, though much larger in scale and complexity, it could work again.

There is more oil produced than export pipelines can handle.

In August, we produced a record 3.73 million barrels per day — that’s 325,000 more than one year earlier. With pipelines full, many barrels are pushed into higher cost options like rail, or in many cases, truck. This lowers prices that Alberta producers receive and makes the oil produced here (which we own) worth less.

Such low prices not only threaten to stall the current recovery, they add further pressure to our already strained government budget.

How can production restrictions help?

A traffic jam of oil

Consider the traffic jams we regularly suffer through during our morning commutes.

When too many cars crowd a bridge or a highway, traffic slows for everyone. The additional fuel, time, accident risks, and so on are real costs imposed on everyone. Some drivers even shift to other routes that are longer and more expensive. It’s a bad situation all around.

This isn’t a problem markets can easily solve.

When deciding to drive or not, we tend to consider only our own costs and not the broader costs of congestion. It’s what economists call an externality. The result: too many cars.

There are many solutions available.

A bridge toll or a congestion charge, for example, would ensure only drivers who have particularly valuable reasons to drive — and are therefore willing to pay the toll — will. Alternatively, one could regulate which cars are allowed on the road or not. Say, even numbered licence plates on one day, odd numbered plates the next. (This is actually how Beijing deals with its road congestion.)

So, fewer barrels produced could potentially improve the overall situation.

But, as in our car analogy, the critical question is not so much whether to curtail, but how.

How to best reduce production

Not all producers are created equal. Some can reduce output cheaply; others cannot. To scale back production proportionally across all firms, as the government is largely going to do, is more expensive than necessary.

There is some flexibility in the government cuts, however. They’ll assign operators an amount that they have to cut. Firms then choose which wells or which projects to shut in.

Small producers will also be largely exempt, with no cuts required on the first 10,000 barrels per day produced.

While there were alternatives — such as auctioning export rights or offering payments to firms to scale back production — those would have taken time to implement.

And so Notley made her choice.

The government’s action is quick, simple, and likely to yield benefits.

Government analysis suggests the production cut will shrink the discount of Alberta’s oil price by $4 per barrel next year. This might even be a conservative estimate. And though it may not sound large, it is. Each dollar is worth roughly a quarter billion dollars to the government’s bottom line.

So a $4 price boost could shrink the deficit by $1 billion next year.

It also matters for industry.

The stock prices of both Cenovus Energy and Canadian Natural — two firms likely to do well under the new plan — were up in Monday trading by roughly 10 per cent.

To be sure, not all firms benefit. Some were better insulated from Alberta’s discounted oil, such as larger integrated firms that also own refinery and upgrading operations, so these changes don’t help them.

In Monday trading, Suncor Energy and Imperial Oil shares were both down.

For the industry as a whole, the benefits seem likely to outweigh the costs. This means fewer layoffs, higher revenue, and more investment than if the government had not acted.

But, Alberta will still face many challenges in 2019.

Early Monday, the Bank of Montreal even cut their forecast for Alberta’s economic growth next year from 2.4 per cent to 1.2 per cent — a massive drop, largely as a result of the oil production cut. TD Economics largely agrees.

Building more pipeline capacity is the only long-term solution.

How this affects all of Canada

This is not just an Alberta issue. All of Canada is affected.

Alberta imports $70 billion per year from businesses elsewhere in Canada. Half of this comes from Ontario. And many Canadians work in Alberta but live elsewhere.

In 2014, roughly 150,000 Canadians who lived outside Alberta earned nearly $8 billion from their jobs here. Of that, over $3.5 billion was to workers who live in provinces east of Manitoba.

Finally, the federal government raises significant revenue from Alberta households and businesses. Much more than is spent here. In fact, the gap between federal revenue and spending here was $22 billion in 2017 — or more than 6 per cent of Alberta’s economy.

There’s a role for government, both federal and provincial.

What alleviates oil congestion in Alberta can benefit all of Canada. 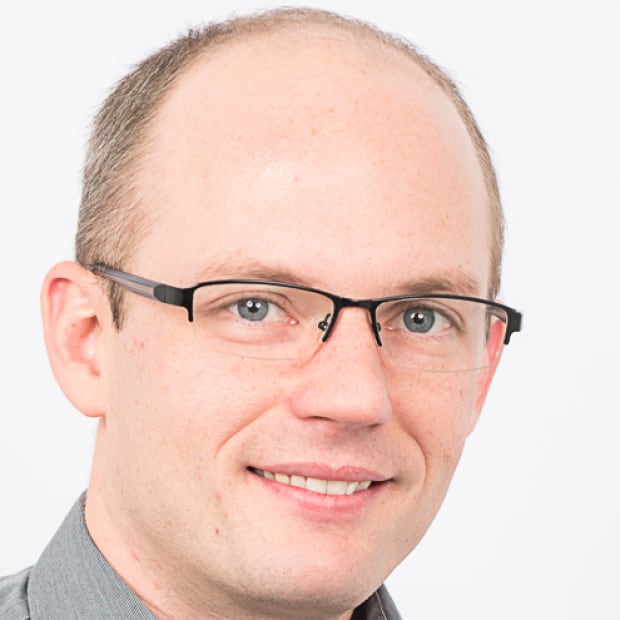 Trevor Tombe is an associate professor of economics at the University of Calgary and research fellow at The School of Public Policy.